Time for a little Kraft

I am also entering each card into a separate challenge. 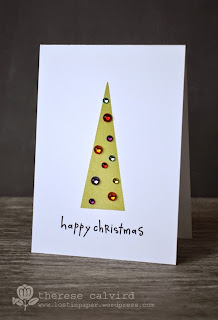 My first card is for the challenge  Muse - 93, it has been a while since I have been able to play.  I love inverting the colors on the Muse challenge, and this time I did much the same. The inspiration card is provided by Muse Therese Calvird. I love her clean lines. 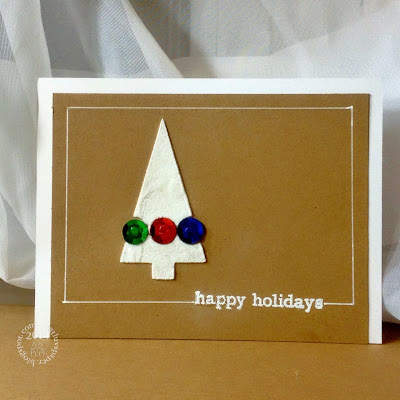 I used white embossing paste on a Simon Says Stamp Stencil from the Four Trees Stencil set # SSST121363. I added 3 sequins across the bottom added a Happy Holidays sentiment from the Simon set called Holly Berries, then added a hand-drawn white frame. I then matted it on three sides to the card base. 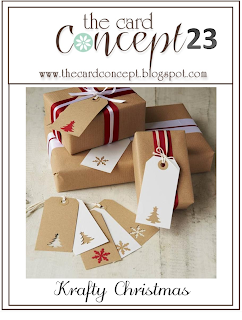 My second was made for the Card Concept Challenge.   This challenge is called A Krafty Christmas.  The challenge is open until Monday, November 24th at Noon (PST).

On this card I used the ever popular Falling Snow stencil from Simon Says Stamp, another of the Trees from the Four Trees stencil set and the Merry Christmas die. 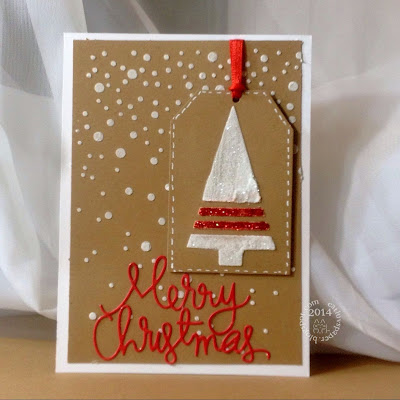 I used embossing paste, glitter and stickles to create the tree on a hand cut tag.  I added white dashed lines to the tag. The sentiment die cut was added to the snowy panel and then the tag. All was placed on a white card base.  I am calling it clean and layered in styling.
Posted by Cat Craig on 11/13/2014

Oooooh, love love love the sparkle embossing paste trees, you are a genius!

Love these. Those trees are great using the embossing paste! Thank you for sharing with us at The Card Concept!

These are lovely! The kraft and embossing paste are a fantastic combination!

I love all of these Cat!! So fun. Great job with the embossing paste. I still struggle with that a bit.

Love both of your cards!! Gotta love that embossing paste!!

White on Kraft...AND embossing paste and glitter? You really knocked it out of the park with these 2 beauties, Cat! Brilliant idea and fabulous results...Love them both!

Fantastic creations, Cat! They are winners in my book! I really love how you invert the colors for your MUSE cards and great job with the embossing paste!! Hugs, Darnell

oooh, I think I need to get some embossing paste! I love the texture! It looks like sparkly royal icing! Just perfect for Christmas and on those graphic trees!

These are both great! Love the graphic feel of the first with the over-sized ornaments! So glad you joined us at Muse this week!

Both of these are SUPER! Love your idea of inverting the colors on that first one. And you drew a straight frame on the second one. #jealous

You always make great cards, but wowzer--2 fabulous ones for this post! You always inspire me, Cat!

Ooooooohhhh I so want that falling snow stencil!! Love it and I love your card! Thanks for joining us at the Card Concept!

Gorgeous design! Thanks for joining us at The Card Concept!