Late last evening I participated in another scramble at the Hero Arts Flickr group.  Greta was our hostess, and she really made it a scramble.

We were to use something non-traditional on or in the making of our card. I used a paper shredder. I stamped the Life of the Party Dots background stamp inked with Field Greens, Cup O Joe, Butterbar, and Orange Soda on to a piece of white cardstock. After it dried a bit, I sent it through the shredder.  Now I have often had the urge to send a card project through the shredder, but never have I had the urge to pick pieces of shredded card back out.  So, I decided that was my non-traditional portion of the scramble.  My method of creating my horizontal panel. 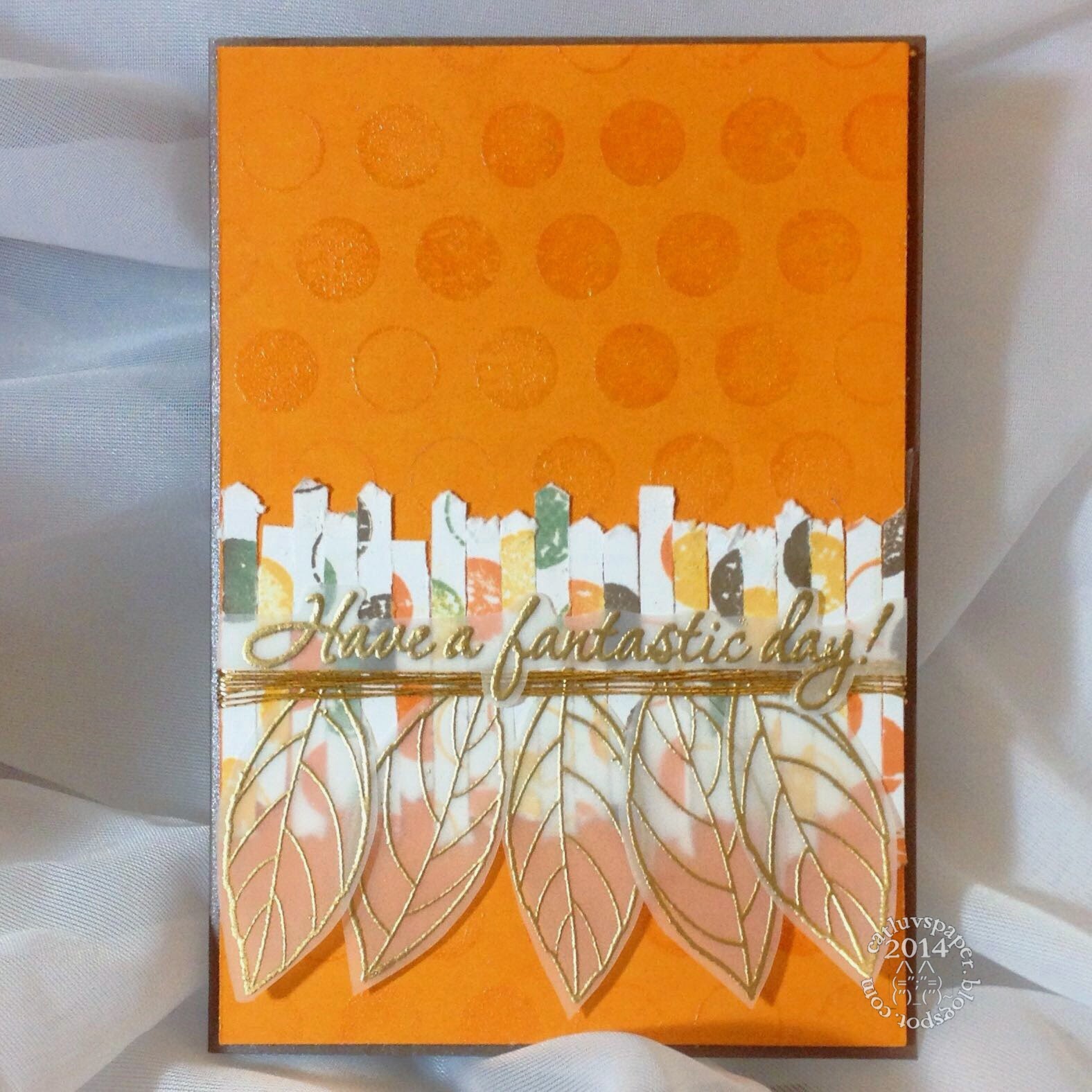 The same background stamp was  clear embossed on orange cardstock. I also stamped leaves-from the 3 Dotted Flowers stamp, and heat embossed them in gold HA embossing powder as well as the sentiment which is from the set Good Friends. All embossed items were fussy cut.

I put the card together by lining  up my shreds, and gluing them down. Next the leaves were glued down, and the orange panel was wrapped in gold thread. The sentiment was then wrapped around the card and secured in the back.  Then the completed front panel was added to a brown card base with foam tape. This is a 4 Bar sized card.

What a clever idea! I love the shredded dot papers! And those leaves are beauteous!

So cool!What a neat idea!Love the leaves!

This was the most clever idea of all, Cat! And, I really love how your card turned out...it's so beautiful!!!

You are so funny, Cat! I have to say, I would never have thought to shred paper & then take it out of the shredder for a card, but wow--what a neat look! Love all the elements & design! Boy was your mojo in full force last night!

The shredded paper makes for a great accent, hadn't thought about that! Love the card Cat!

Such a creative idea using the paper shredder, love it!

Wow! This is so lovely. Love the embossing on the vellum. It just gives it this delicateness without feeling to "girly".

This is fun! Those embossed leaves are gorgeous!