Last night I got to telecraft with my California scrappin bud.  I wanted to make a card for Freshly Made Sketches #152.

I ended up making two cards from the same stamp. A simple version and one that is a bit more interpretive.

Both fit the sketch.  I followed the sketch, but made my card portrait instead of landscape.

I used a new to me stamp from Deep Red, called Flower Blossom.  The image was colored with Copic markers (I am trying to get some practice in before Online Card Classes Copic Markers  for Card Makers begins.) 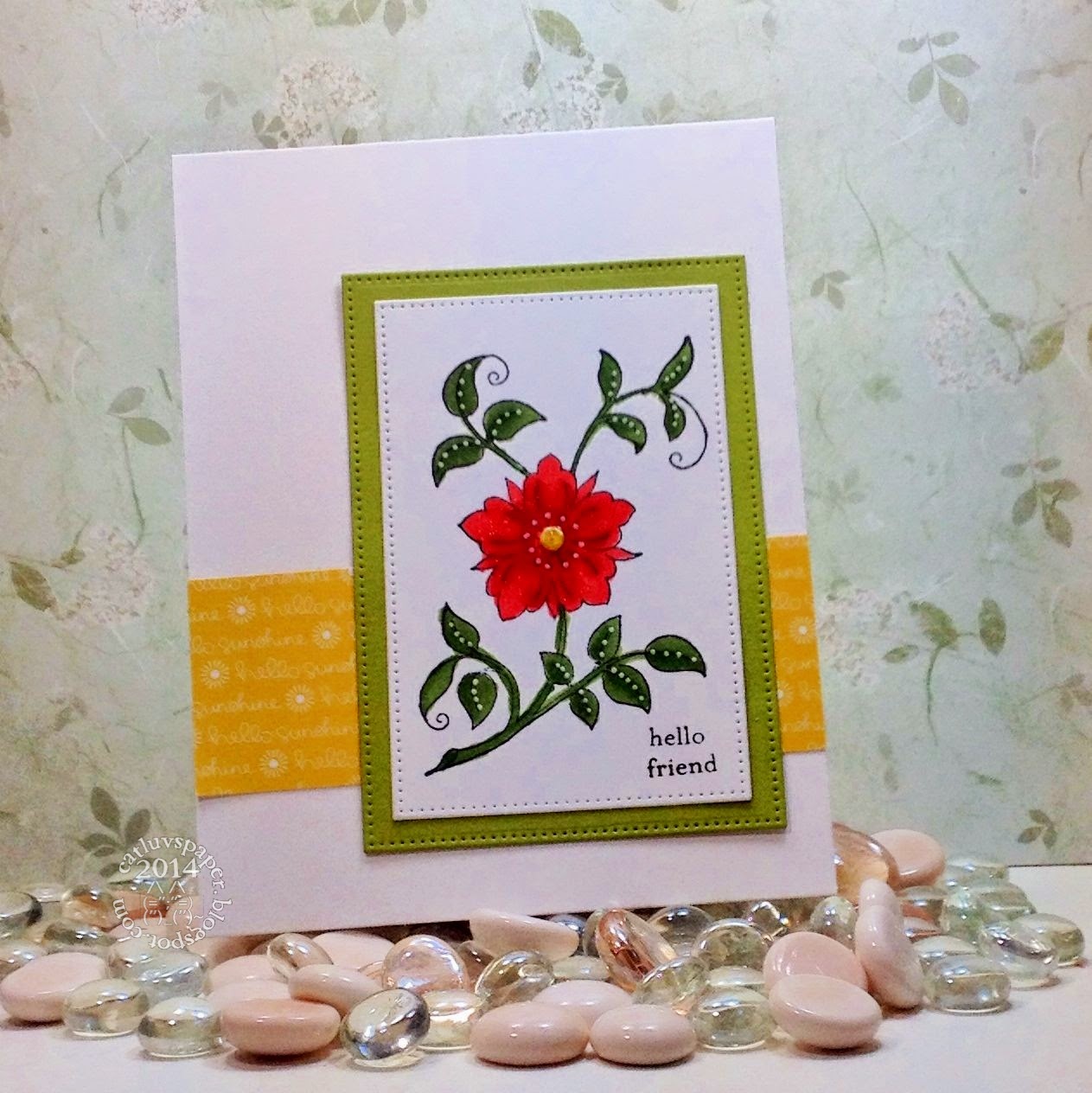 I used some scraps of patterned paper, Memento Tuxedo Black for image stamping, and Versafine Onyx Black for the sentiments. They came from two sets, Favorite Flowers from SSS, and Fresh Flowers from Clearly Bessotted. I called two dies and one punch into action as well, the postage stamp edge from Ek Success,  the Tessatina border from Memory Box and the pierced rectangles from MFT. A bit of white gel pen for the dots, and some shine from clear wink of stella completed the image. 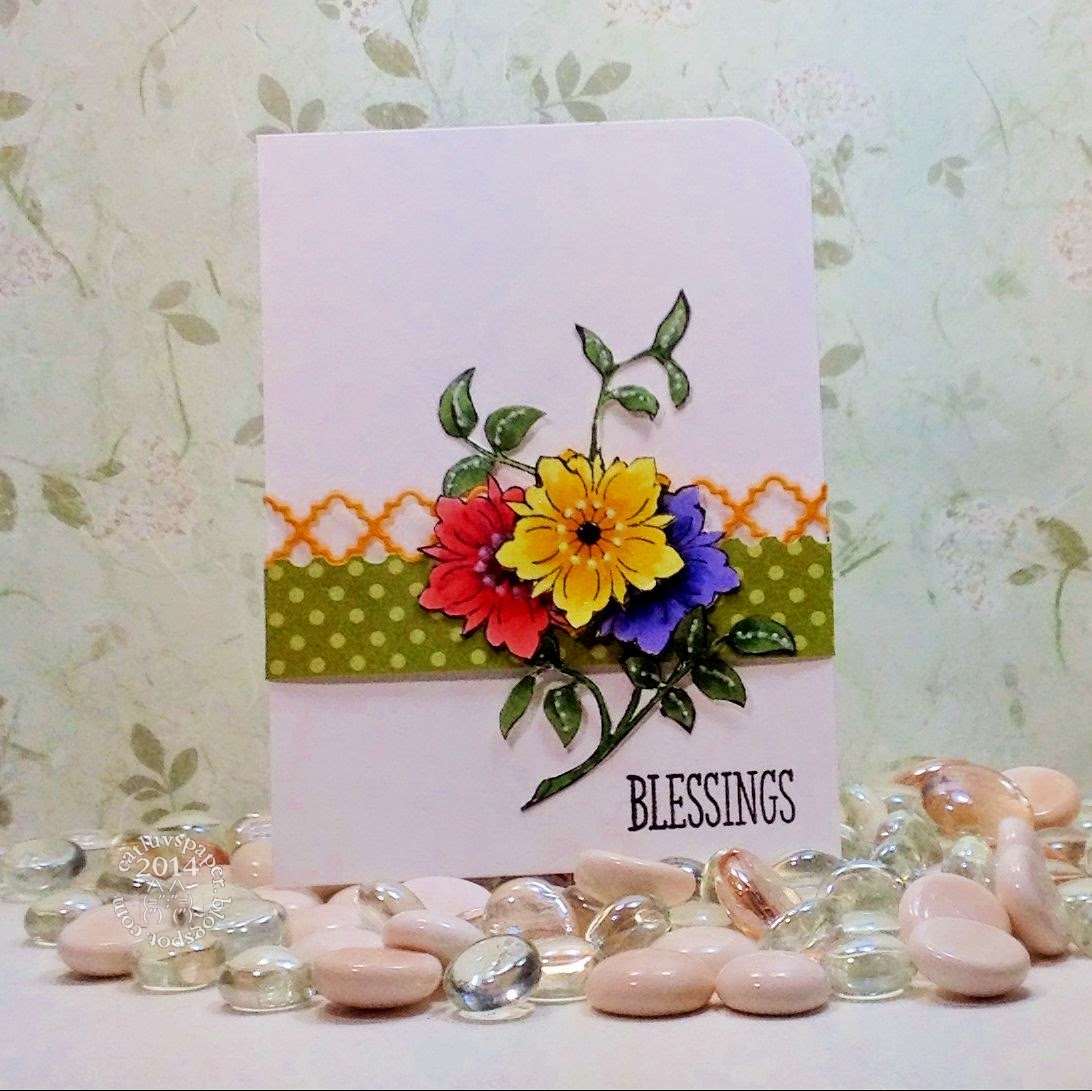 Labels: freshly made sketches, thinking of you

Your colorations are great! You could probably teach the class. ;)

Your flowers are beautiful! The white space makes your colors pop! Thanks for sharing them at FMS!

Two gorgeous cards, Cat! Your Copic coloring is amazing (by the way, I don't think you need to 'practice') and I love how you added dimension with the dots...so pretty! Lovely designs on both cards, too!

Wowzer, Cat! I adore these cards--both of them! The coloring is fabulous & the white dots are the perfect touch! Wish we could sit & craft together--hugs, Greta

Beautiful cards! Love those flowers! The colours are so bold and bright! Thanks for joining us this week at Freshly Made Sketches!

These are so pretty! Love the layered pieces on the second card.