A little bit of Christmas

I managed to knock out another Christmas card for the Merry Monday Christmas Challenge - Santa. 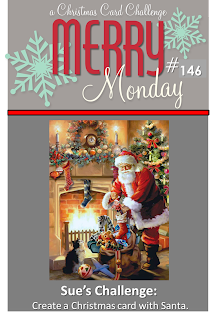 I do not have a Santa stamp.  So I improvised.  I found hat and boot images, colored them with red and black wink of stella.  Next I die cut my front panel with Simon Says Stamp's Tri Square Die,  then embossed it with Holly Leaves by Darice.  I placed the hat and boot images behind the openings.  For the center opening, I colored it red with a red wink of stella brush pen and added a gold heat embossed greeting using Lawn Fawn's Milo's ABC's to mimic Santa's torso and belt. 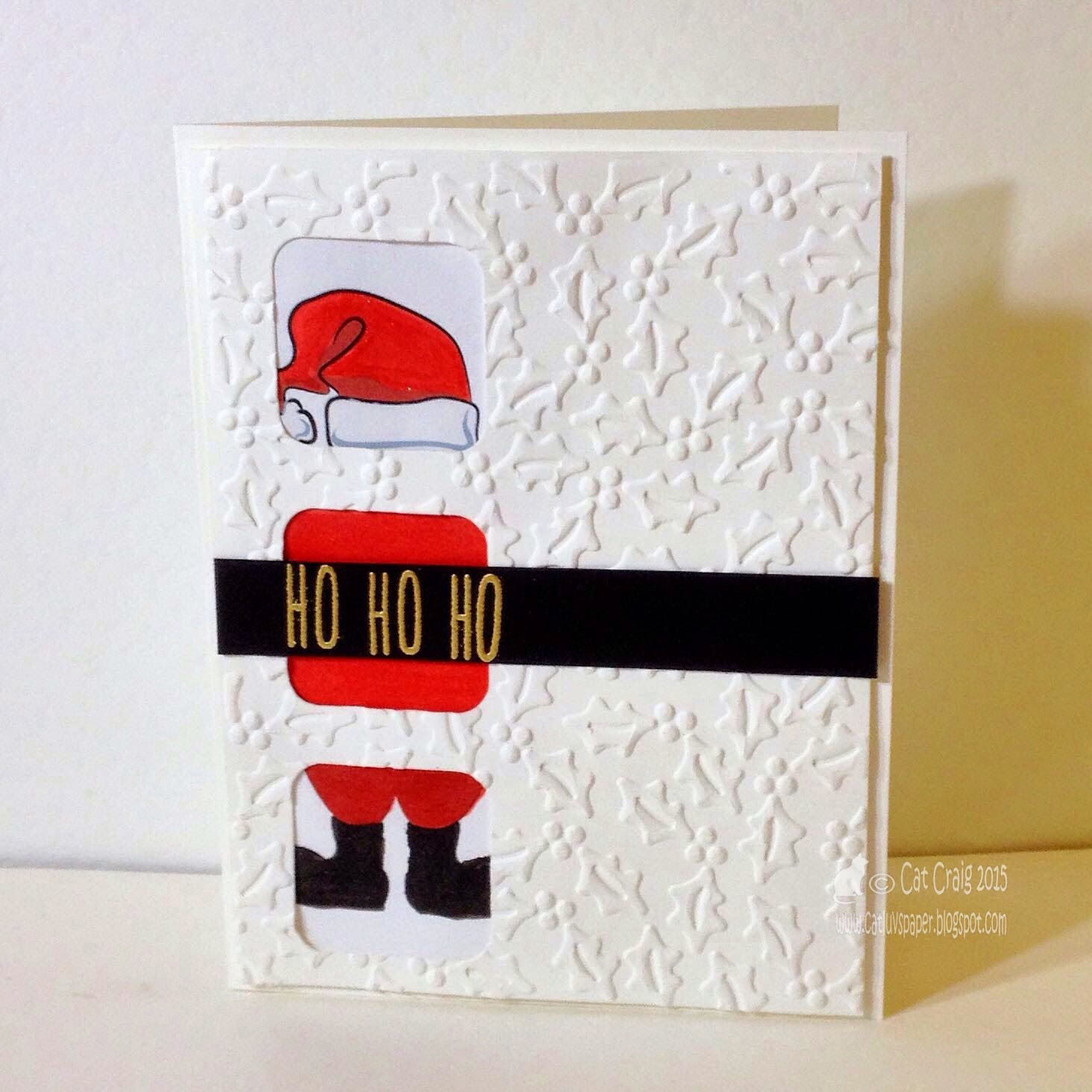 LOL so funny...love this design!

Oh my gosh Cat, you are so clever! I love your innovative way of using a Santa...in fact, I like it more than if he had a face :) Beautiful embossed background and your gold Ho Ho Ho is perfect!

You are such a clever, clever girl, Cat! There should be a prize just for that! You ROCKED this challenge!! Hugs, Darnell

This is so cute!! Awesome job!
Thank you for joining us at Merry Monday!

Your card is so cleaver, shows everyone how to improvise, great inspiration. Thanks for joining us this week at Merry Monday.

Your card caught my eye on the challenge blog. Then I read your post and was blown away! Love when stamps are used in creative ways!!

Clever how you came up with Santa and how he peeks through the holes! Thanks for playing Merry Monday this week!

This is so fun - back to the audience Santa.
Cute and clever and gorgeous colouring. Sarah

This is crazy clever!!!!

Cat, this has to be a winner! It is so original and clever! I absolutely love your creativity!

Wow this is so awesome clever and funny love it.