Many of you might recall I am a Night Owl, mostly because my body still thinks it is living in the Pacific Time Zone, and it is not about to change.  One morning I woke up and had an idea for a card...it was about 4:30 am  less than an hour after I went to sleep. So I wrote it down and made a hasty sketch I knew I couldn't make the card right then, I was tired.  This was months ago, and I finally took some time to make the card. 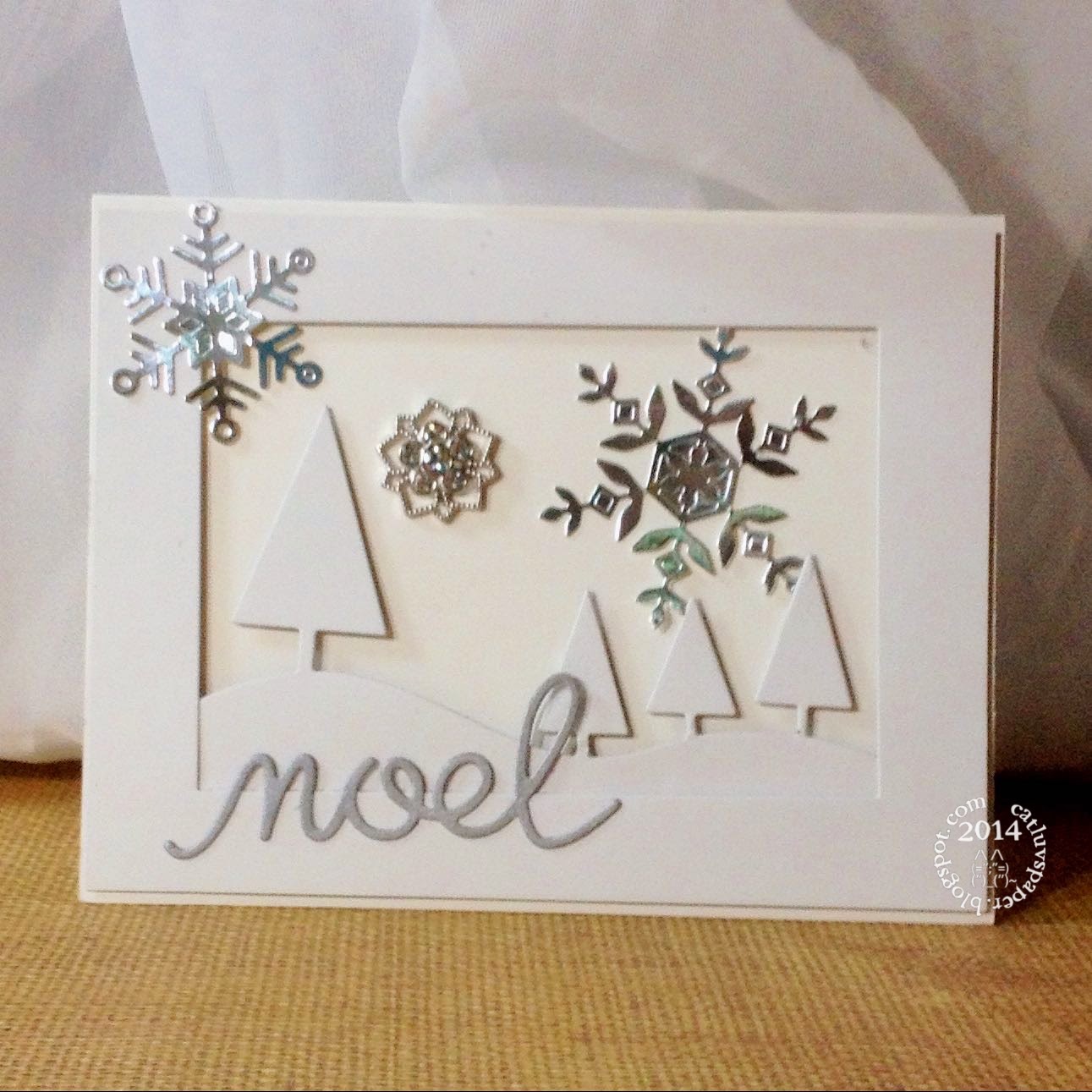 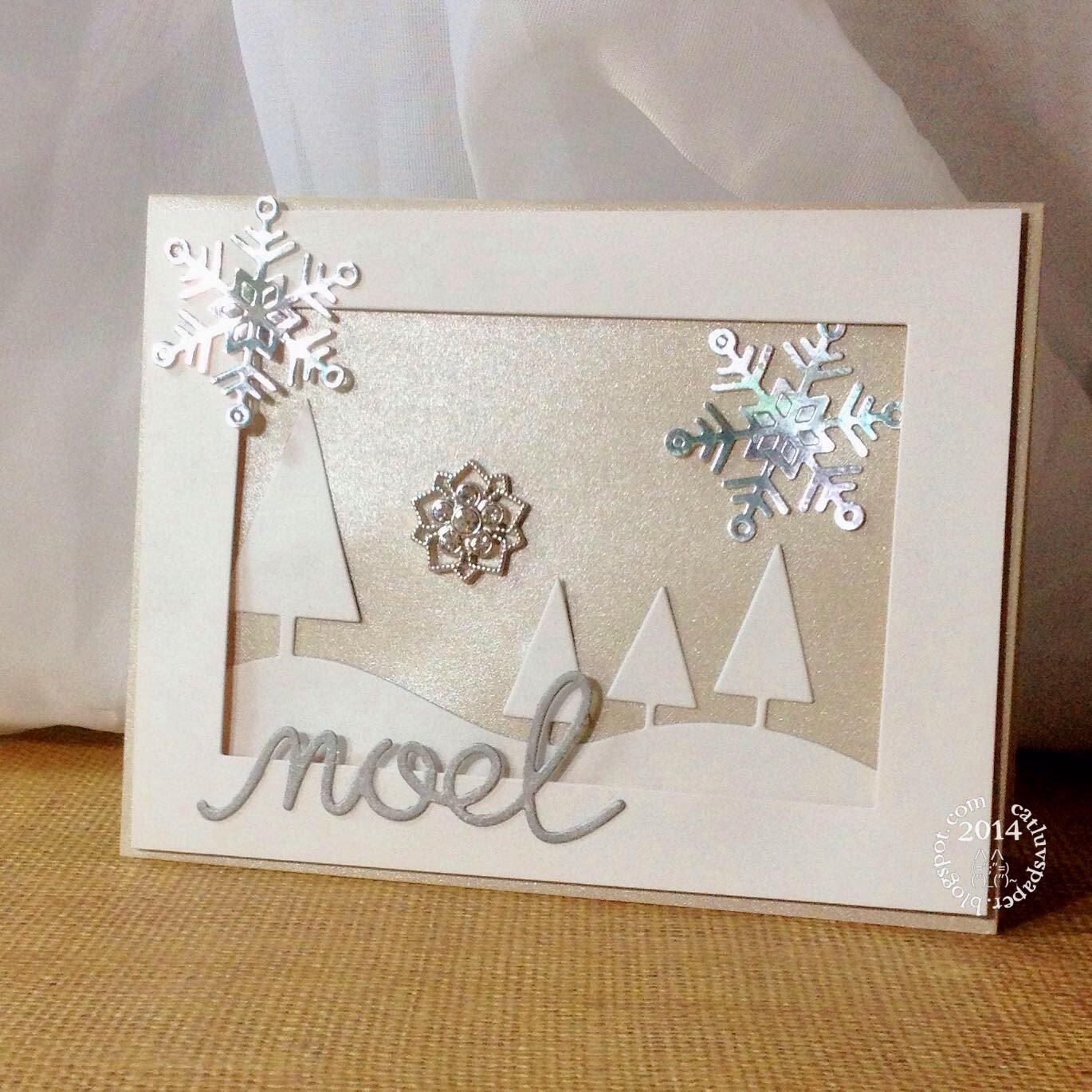 The first card has varying shades of white with silver accents, the second card has a shiny barely cream colored card base along with the white and silver. Card bases are from DCWV, as are the  diecuts. There is a silver snowflake gem from Stampin up and two Simon Says Stamp Snowflake die cuts - Kate and Maryanne. The frame was cut out with MFT pierced rectangles, and the tree line is from Impression Obsession. The Noel sentiment is from AMuse, and was cut from white card, then inked with Hero Arts Silver ink.

I made two cards, as I thought the first needed more depth.  I love white on white, but the second card just seems a bit more festive to me. What do you think?

love both cards, but the second one is the best!!

I'm glad you got round to making it Cat as it is a great design! I think the second one has just a bit more contrast and depth as you say - they are both elegant and festive :)

Great idea to jot down your sketch, Cat! Both cards are just beautiful...I love your choice of snowflakes and trees, and the sentiment is perfect! I really LOVE the shiny, cream colored card base on the 2nd one...it's so elegant!

Gorgeous cards, Cat! I love them both, but the second one is my favorite.

Oooo all that gold and silver makes for such a perfectly elegant card. Beautiful!

You're amazing, Cat! So glad you finally used your sketch because these are incredible! Love them both, but I do tend to gravitate toward shimmer! Merry Christmas, my friend!

I like the second one. You are SO SMART to keep a sketch pad near your bed so you can write down your ideas and actually go back to sleep. :)